About the TRIAngulate Project

TRIAngulate Project explores the possibilities of pattern and material and the effects of light. As its name suggests, the project achieves this through the triad – with its conceptual and physical dimensions. It employs these properties to create forms and sculptures that challenge notions of stability, movement, perception, and physicality.

The triad is one of the most recurring concepts in the history of art and thought. It has predominated in philosophy, spirituality, geometry, and mathematics. It combines simplicity and complexity in its position between unities on one hand, and multiplicities on the other. The triangle as a two-dimensional shape possesses three-dimensional qualities in the effects and formations that are created through the simple manipulation of its combinations.

The TRIAngulate Project works with the possibilities of the triangle. From layering and patterning to three-dimensional form building, it is a manifestation of the unlimited potential of the triangle when coupled with light. And it celebrates not the physicality of these combinations but the resultant effects of dancing shadows and reflections in what seems to be an endless field of movement.

With origins in Islamic art and architecture, the non-periodic pattern is a system of decoration that employs sophisticated geometric and mathematical systems to create lines that can cover infinite surfaces with little or no repetition. The TRIAngulate Project revives the concept of repetition and variation in Islamic art through the development of a unique and original system of non-periodic tiling based on the Danzer system of triangulation, and creates it through the use of contemporary design technology and tools.

Ludwig Danzer was a mathematician who discovered three triangular shapes that can be infinitely nested with each other in the two-dimensional plane to create a tiling pattern that is not repetitive, this means that although the tiles connect perfectly together, they form a variety of scales and forms. So Danzer tiling is a mathematical sub-division system that creates patterns based on the three predefined triangles that combine in different scales and multiplicities to create a dense field of triangulated mesh. When subjected to parametric forces, the mesh deforms in the two-dimensional plane and in multiple layers, creating depth in the third dimension. And when combined with light, the pattern starts shifting and moving, blurring the boundary between the static and the dynamic.

When triangles are used in multiples, a new flexibility emerges from the rigidity of the singular and they gain free-form three dimensional sculptural abilities that are not possible in any other shapes. This enables them to form infinite structures from simple angular variations. This emergent property is employed to create dynamic objects transcending their static tradition. With the integration of Danzer patterning and the penetrating light from within, pattern is projected onto the surrounding walls and floor to set the infinity of the Danzer into movement.

TRIAngulate is about exploring the unlimited through the exploitation of the limited, about finding complexity within simplicity and establishing the triad as the moment of connection between a sophisticated Islamic art of the past and a progressive and responsive art of the future. 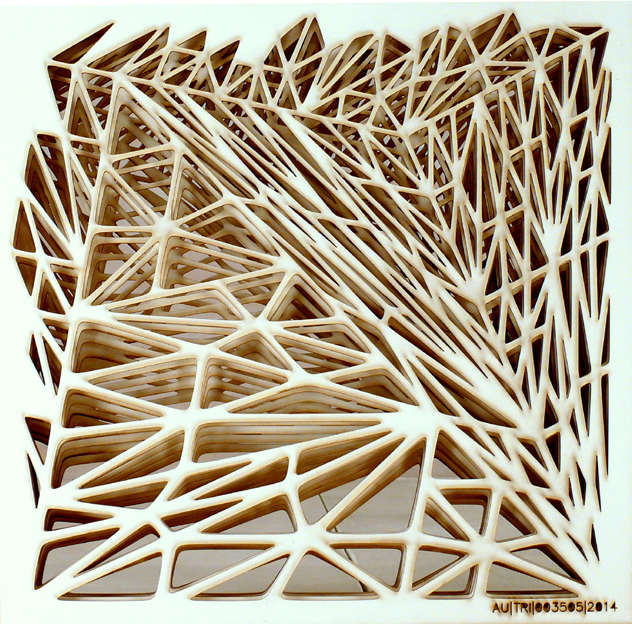 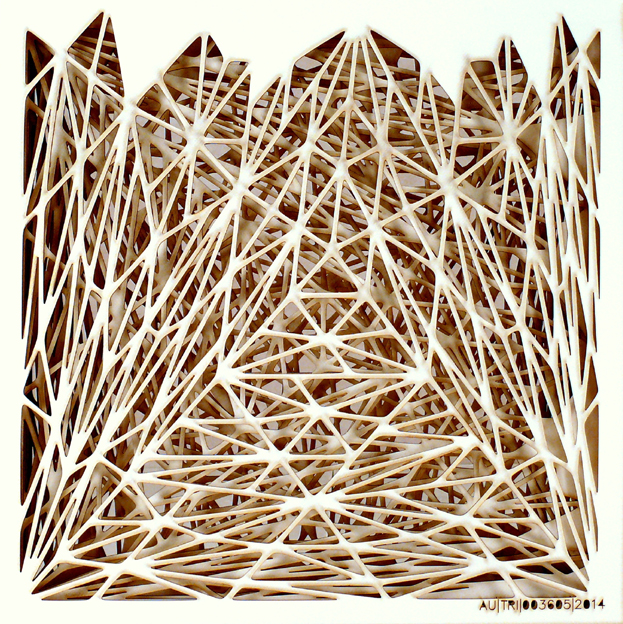 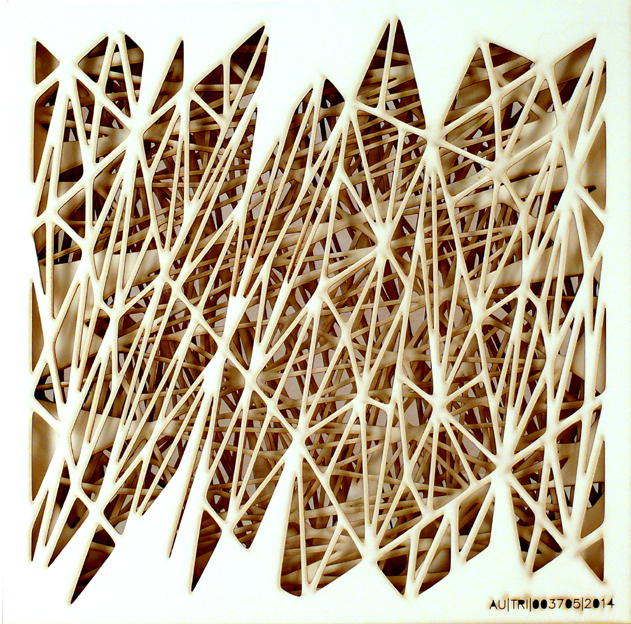